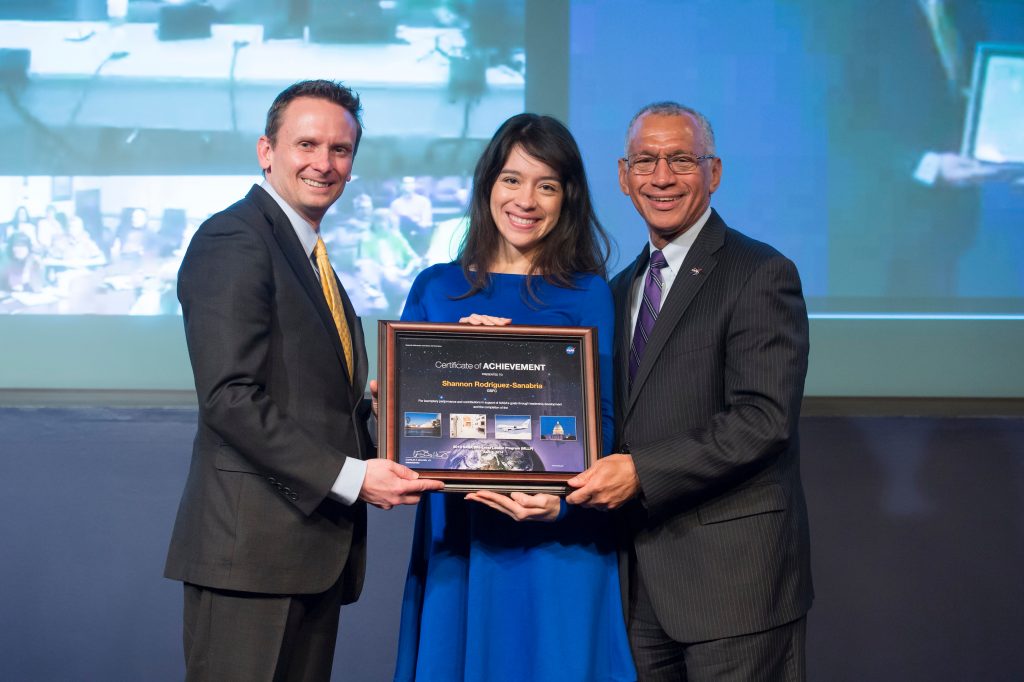 Shannon Rodríguez is the Branch Head for the Microwave and Telecommunications Systems Branch at the Goddard Space Flight Center (GSFC), where she has managerial, supervisory, leadership and technical authority duties.  Prior to this, she was the Associate Branch Head for this same group from 2010 to 2014.  While in this group, she has been the RF Communications Lead for proposal efforts and new concept missions, and has collaborated at different organizational levels to help generate new work for the Center. In addition, she actively promotes infusion of the branch’s technology to potential customers. Before joining this group in spring 2010, she was a member of the Microwave Instrument Technology Branch at GSFC, where she worked on the development of microwave instruments for remote sensing. These efforts include the development of unmanned air vehicle (UAV) airborne radars for the study of large weather phenomena. In addition, Ms. Rodríguez worked as the lead for the Aquarius mission radiometer Ground Support Equipment. In addition, she collaborated with international partners in support of the observatory testing for the Aquarius SAC-D mission in Argentina and Brazil. While in this branch, Ms. Rodríguez was also co-investigator and principal investigator of research efforts on cutting edge digital signal processing technology.

Ms. Rodríguez was recently awarded the 2015 Hispanic Engineer National Achievement (HENAAC) Great Minds in STEM Award for Most Promising Engineer – Advanced Degree – Master’s. In addition, she was awarded with the 2012 Robert H. Goddard (RHG) Award for Supervision. She was also awarded the NASA Agency Medal for Equal Opportunity in 2010, and the RHG Excellence Award in Outreach in 2009, in recognition of her numerous outreach efforts to promote NASA to the public and internal efforts to advocate for diversity and equal opportunity.   These past efforts included being one of the Co-chairpersons for the New and Developing Professionals Advisory Committee (and New Employee Welcoming Board in previous years) at GSFC, representing the needs of employees that were still transitioning to the Goddard workforce. She has also been recognized with the following team awards, most recently the following: 2012 RHG Exceptional Achievement Award: Aquarius Radiometer Launch and Support Team, 2012 NASA Honor Award: Aquarius Assembly, Launch and Test Operations (ATLO) Team, 2012 NASA Honor Award: Aquarius Instrument Development and ATLO Team. 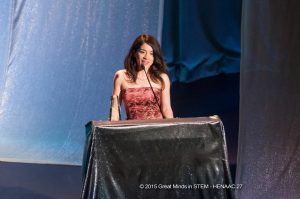 Her mother, Flora Sanabria, retired from being a counselor for Puerto Rico (PR)’s Department of
Education. Her brother, Dolcey R. Rodríguez, has a bachelor’s degree in English literature, and a 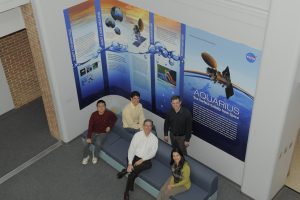 Shannon Rodríguez loves fitness in general. Her activities include: hiking, cycling, weight lifting, zumba, and yoga, among others.  Her topics of interest include: food safety, environment protection and preservation, and health, which are all intertwined.

If you wish to suggest the publication of a Featured ECE Female Alumni on our website, use this link. If you have questions about completing the form, see the tutorial.